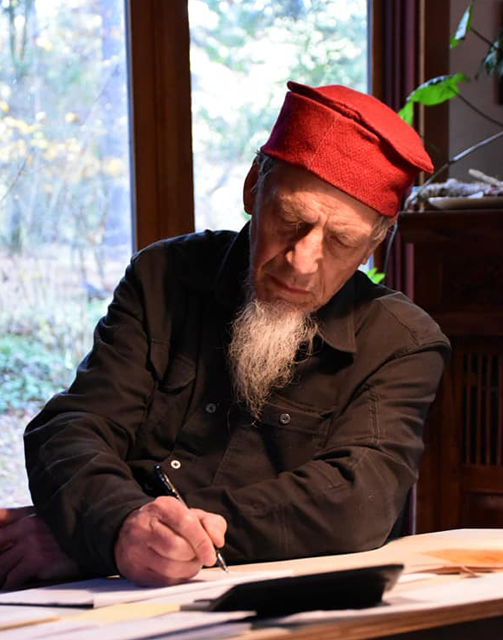 At some point early in life, the concept came to me to absorb all musical styles available, from “high art” to “low art”. Then, when a particular musical situation came along, my idea would be to choose the appropriate sounds or structure as a basis for a composition or arrangement. This approach still works for me today as a performer and composer.

Two big influences happened while at the Berklee School of Music in Boston in 1969-70. Meeting and studying with jazz trombonist /arranger Phil Wilson set me on a path of listening to the inner content of an and separating the parts out while hearing as much of the whole as possible. Playing short arrangements in Herb Pomeroy’s Duke Ellington writing class and beautifully crafted big by the likes of Alan Broadbent and other young composers in the recording band further piqued my interest in writing.

After Berklee, I studied microtonal and just tunings with John Grayson on Vancouver Island, and later with Lou Harrison in Aptos, California. Not only did these two introduce me to the unlimited possibilities of tunings with examples from other cultures around the world, gave me the means and tools to create this on my own. I thank these people for their efforts.

It should come as no surprise that a fellow born in St. Louis would be attracted to music— mainly jazz and blues licks for which the city on the Mississippi is best known. And when you realize that his name— abbreviated to Ludi when he was a boy— is Ludwig, it’s clear that his musical fate was sealed upon birth.

Ludi Hinrichs is most often identified with the trombone, but he is also an accomplished pianist, a vocalist and plays the didjeridu, among other musical instruments.

His performances reveal a wide array of experiences— matched by a keen improviser’s ear and a commitment to his craft. From Nevada City clubs and galleries to concert halls in foreign lands, Ludi is always full of surprises.

One of the more challenging and rewarding commissions he received was when the city of Nevada City asked him to rewrite the National Anthem to be performed solo for the dedication of the renovated city hall. He remembers councilman Steve Cotrell’s wishes— ”Turn it around, you know, sort of in the way Jimi Hendrix did back when…” Ludi explains— “So when the time came, I first played the theme on piano as it may have sounded when Francis Scott Key adapted it, then on each successive verse added an element of my own, singing, then wailing on the trombone to something which people still stop me on the street and comment on!”

“As an arranger, most of my time is spent writing for CHICKENBONZ, the stylistically eclectic, six-piece group that features a front line of fiddle (or oboe) clarinet,  two trombones, string bass, percussion, and piano. Enough to keep anyone busy.”

An interview with Jan Jorgensen from the organization SOAR